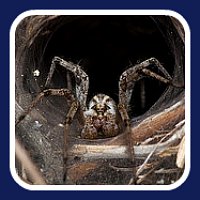 In Australia it is the Funnel Web Spider and Red Back Spider whose bites can cause death. Although the last recorded death was in 1979 due to the development of anti-venom.

Symptoms of a Funnel Web Bite

Anti-venom became available in 1980 and since then there have been no deaths from funnel-web bites.